Visions blends essays and short stories from both masters of the genre and newcomers to paint a provocative landscape of the future that anyone can enjoy and reflect on.

Issue Two builds a kaleidoscopic view of humanity’s ever-evolving blueprint with thirty-one electric pieces, from age & death to growing up with machines. It’s 256 pages thick, beautifully typeset and shipped straight to your door. 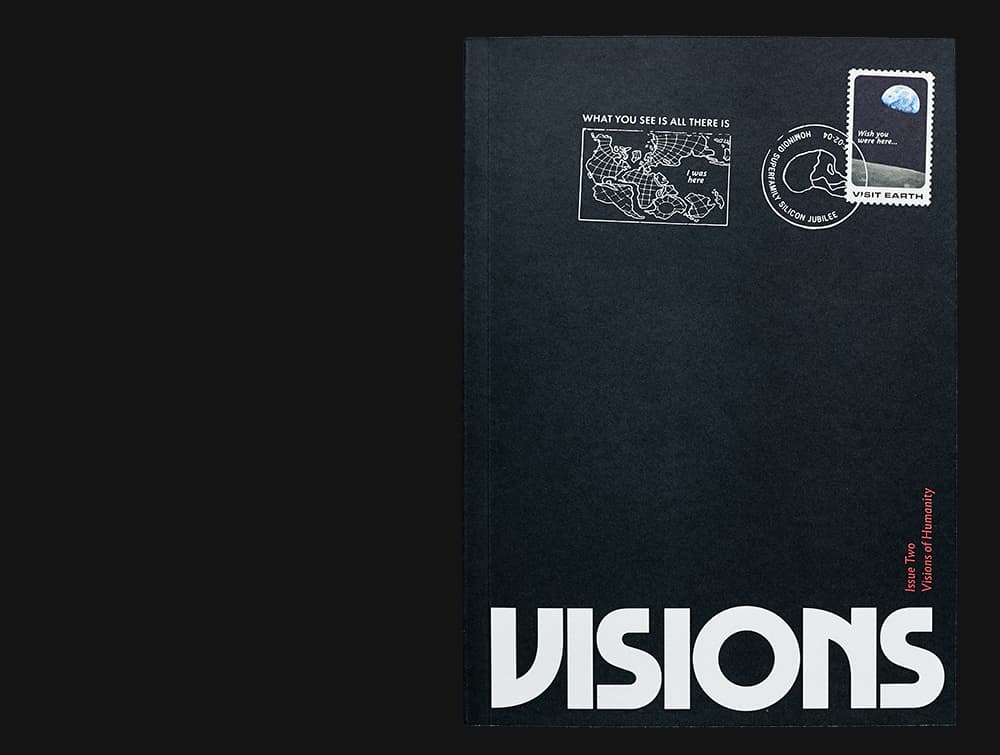 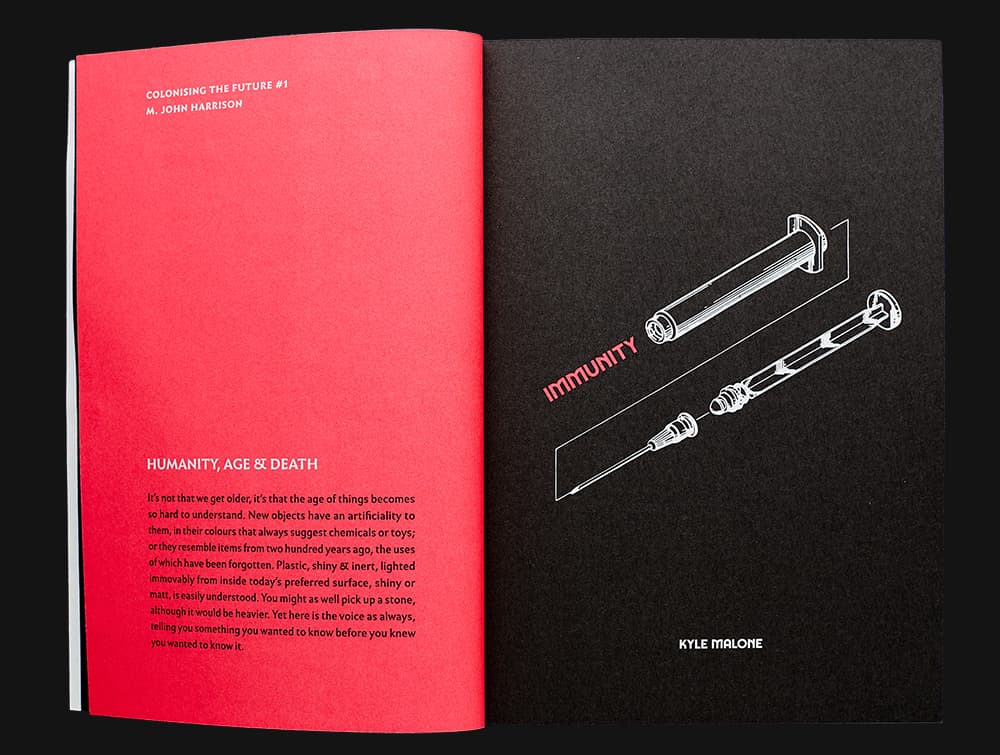 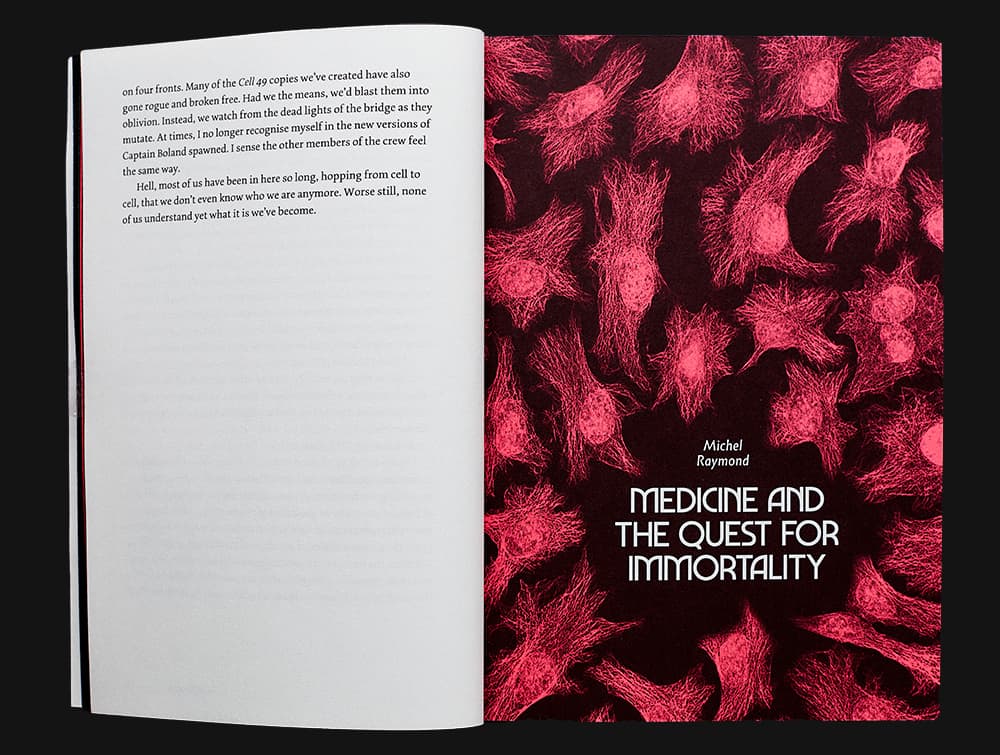 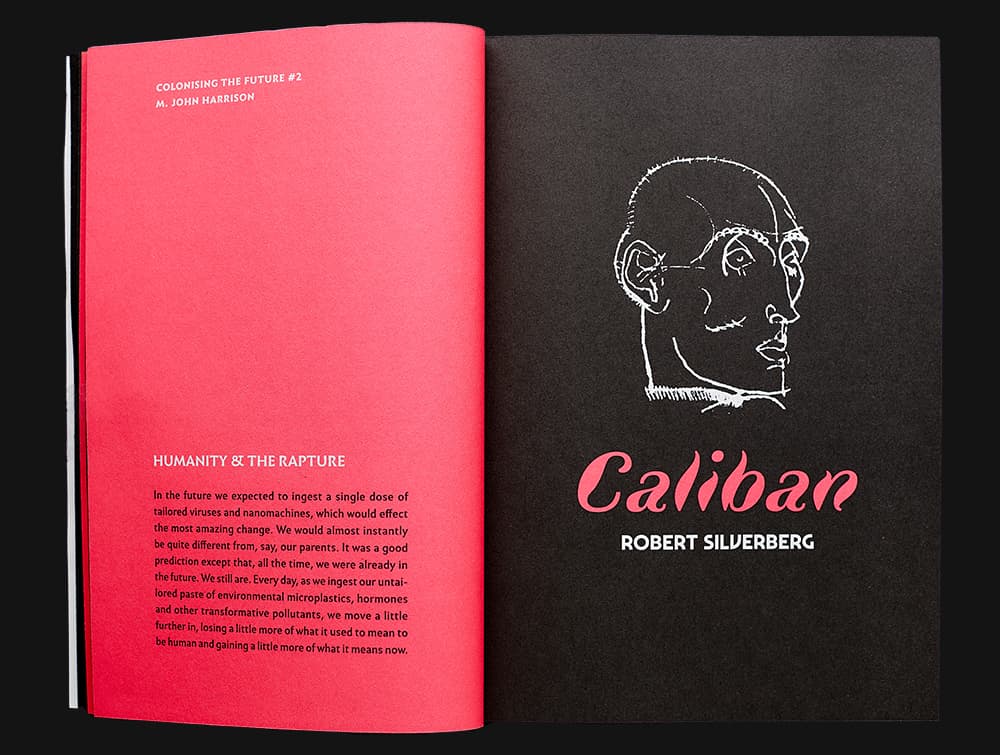 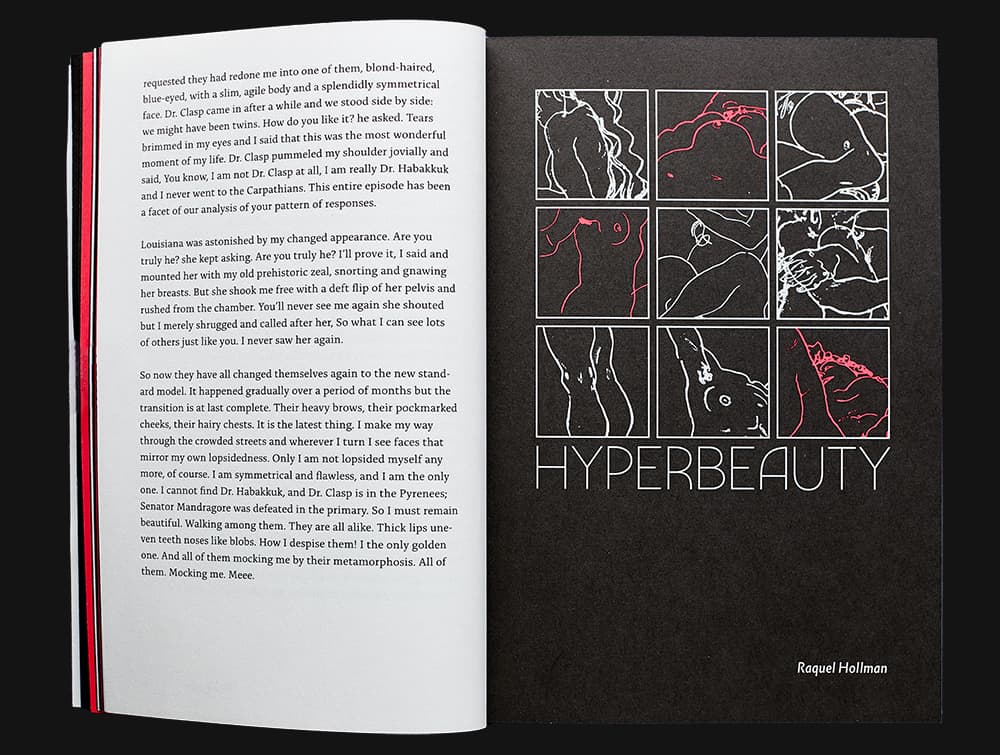 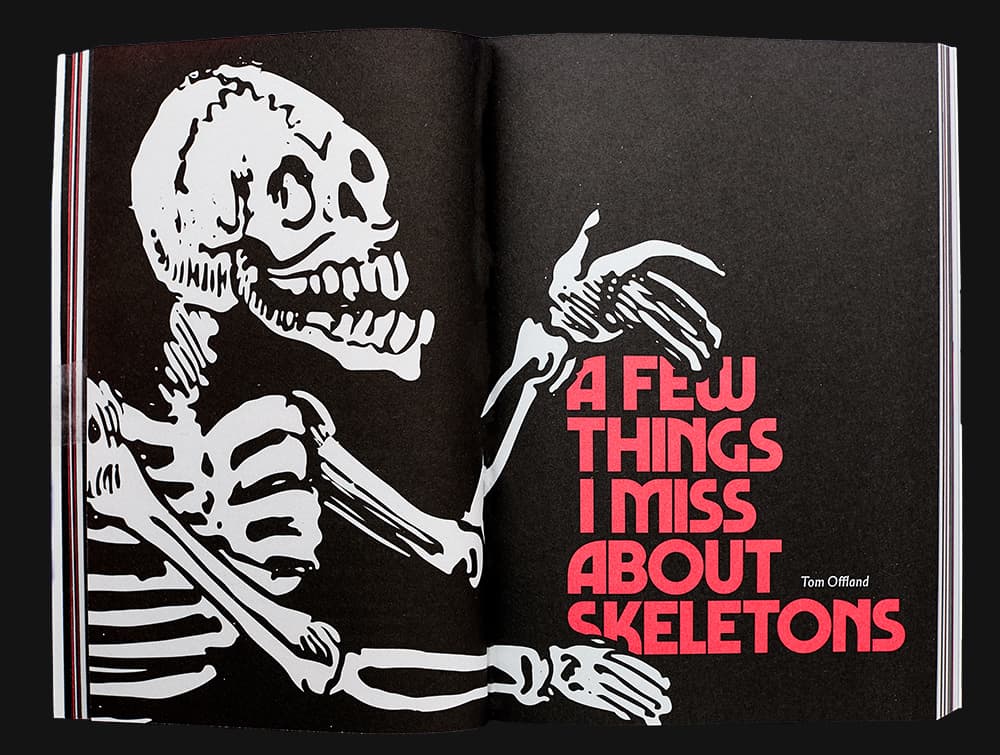 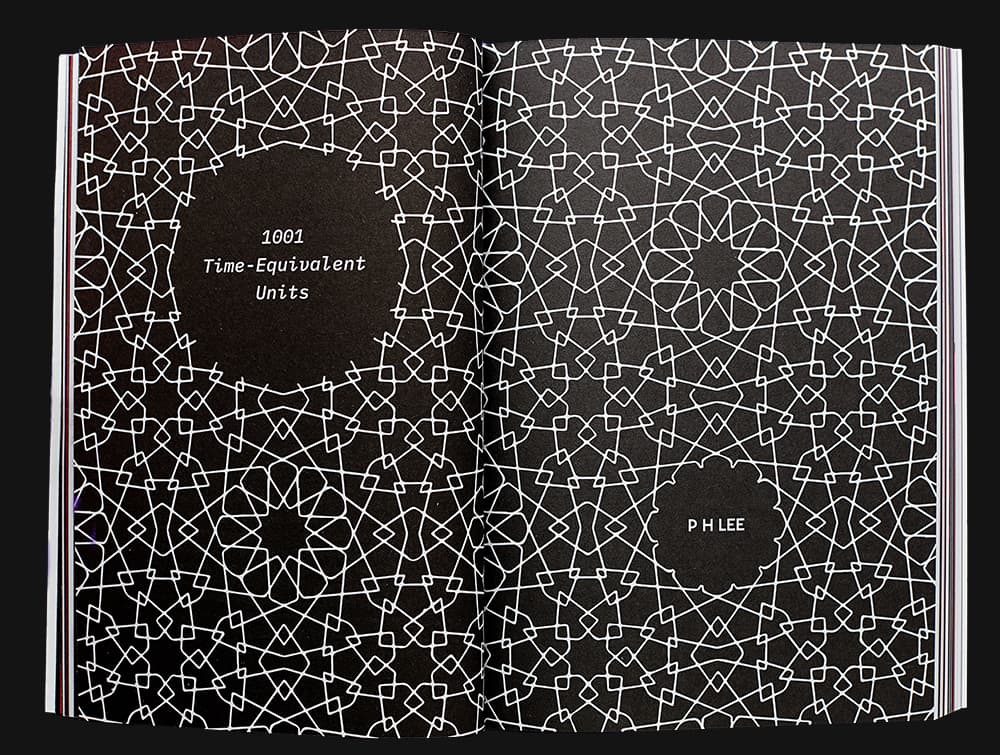 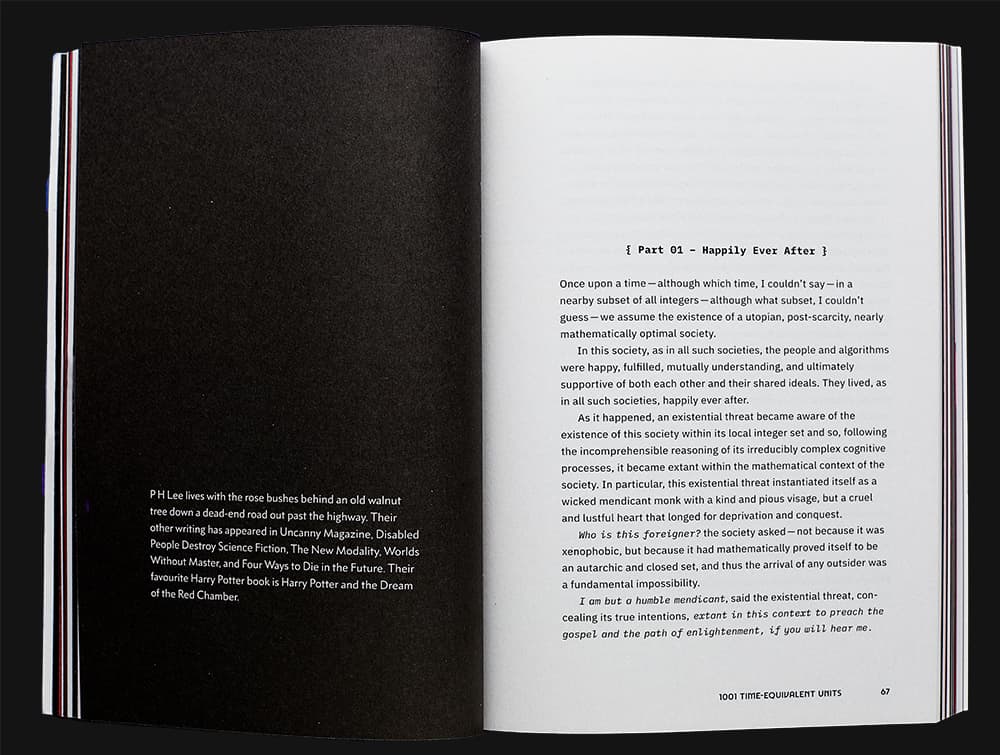 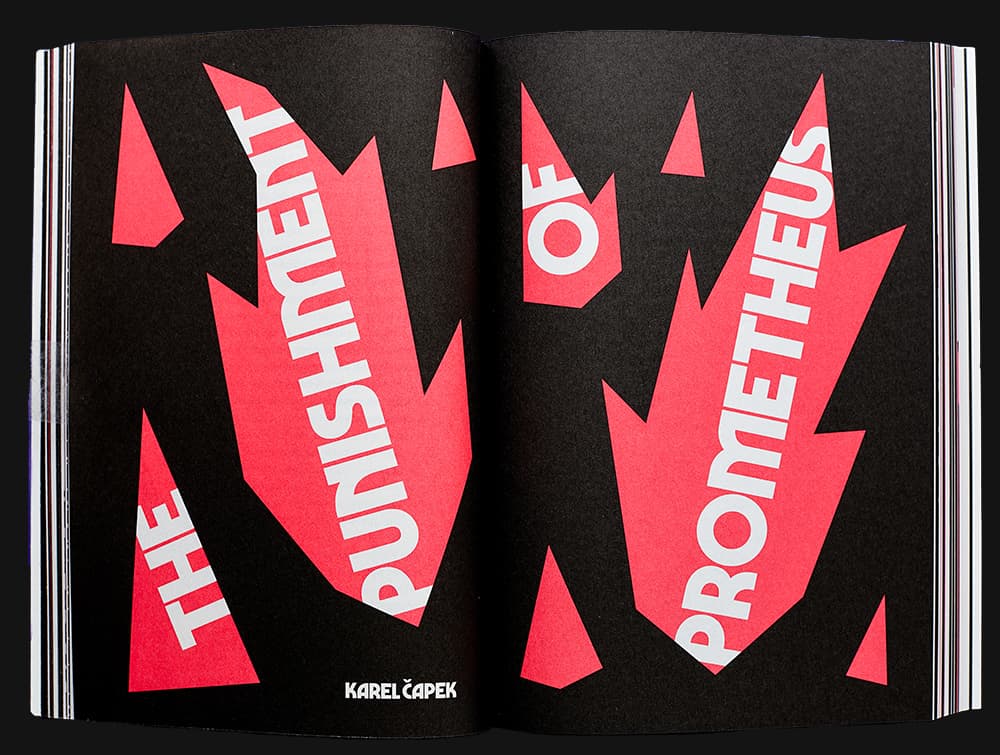 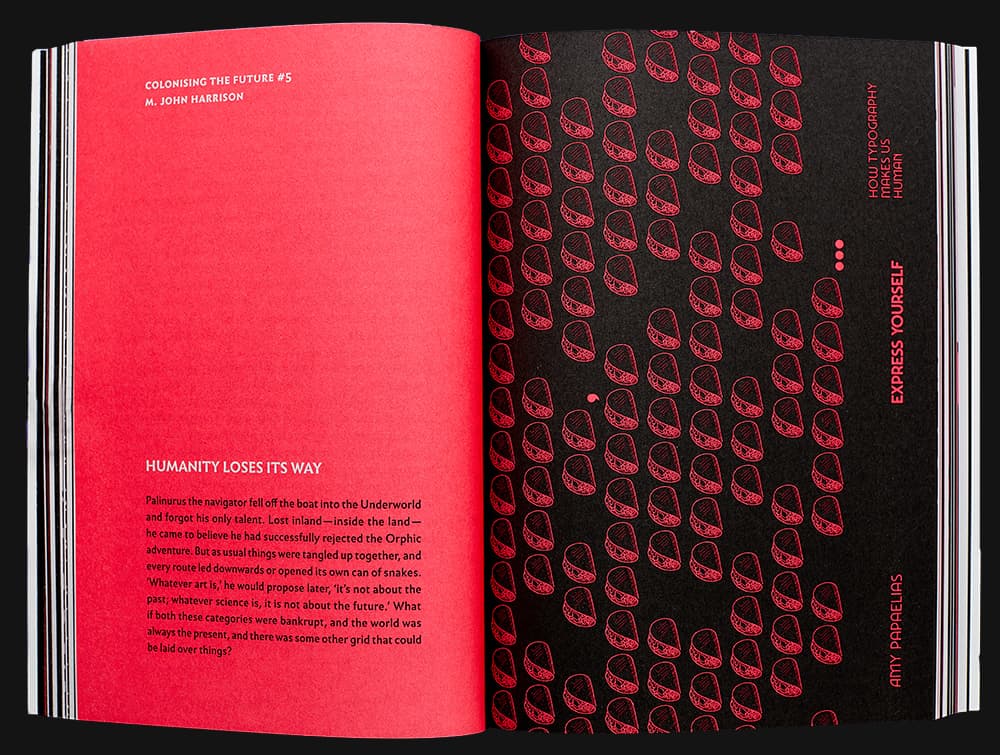 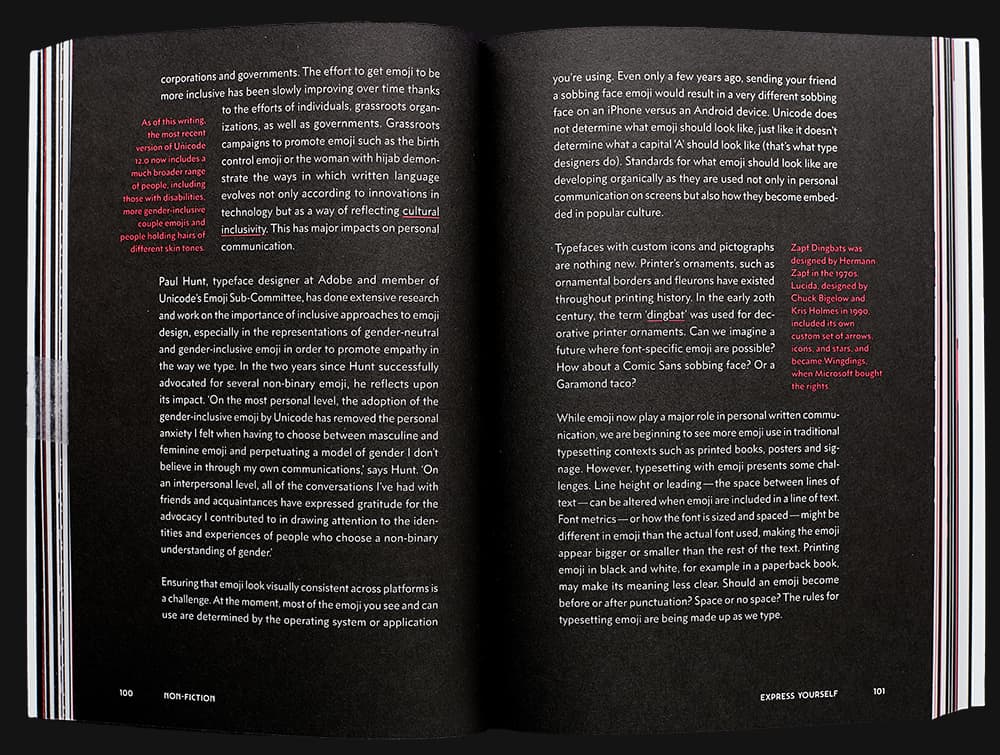 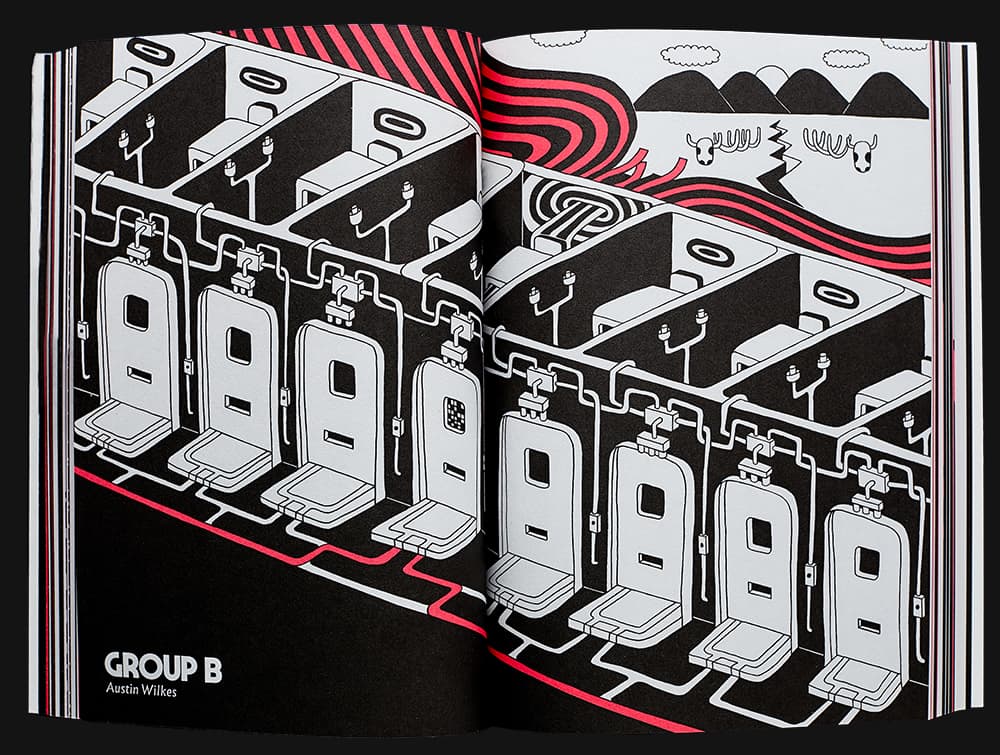 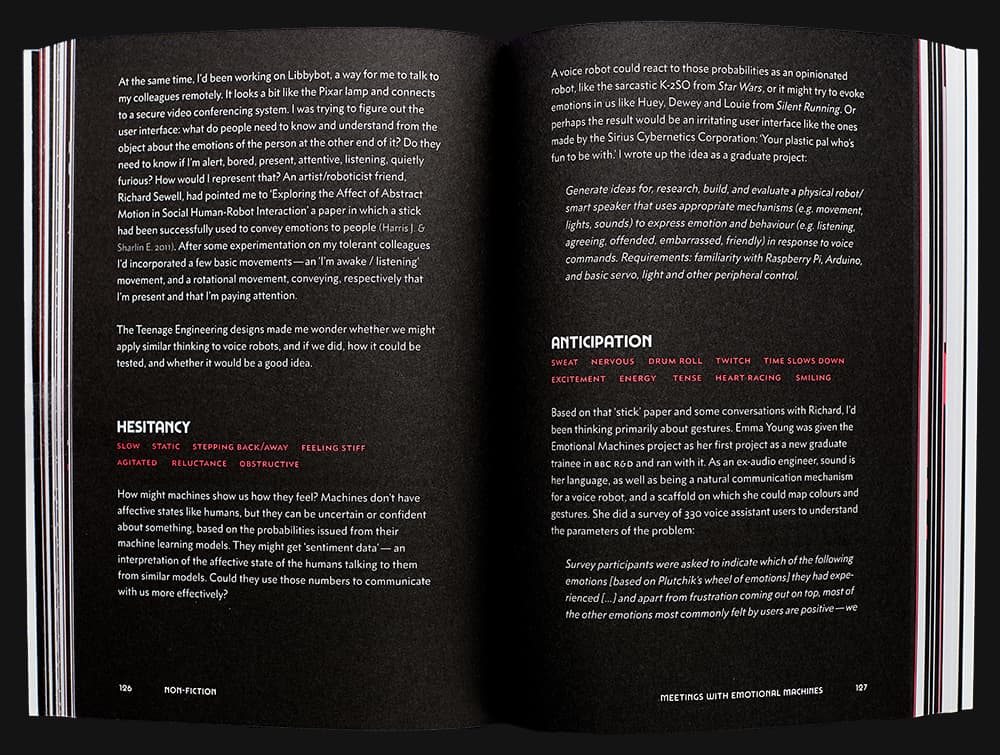 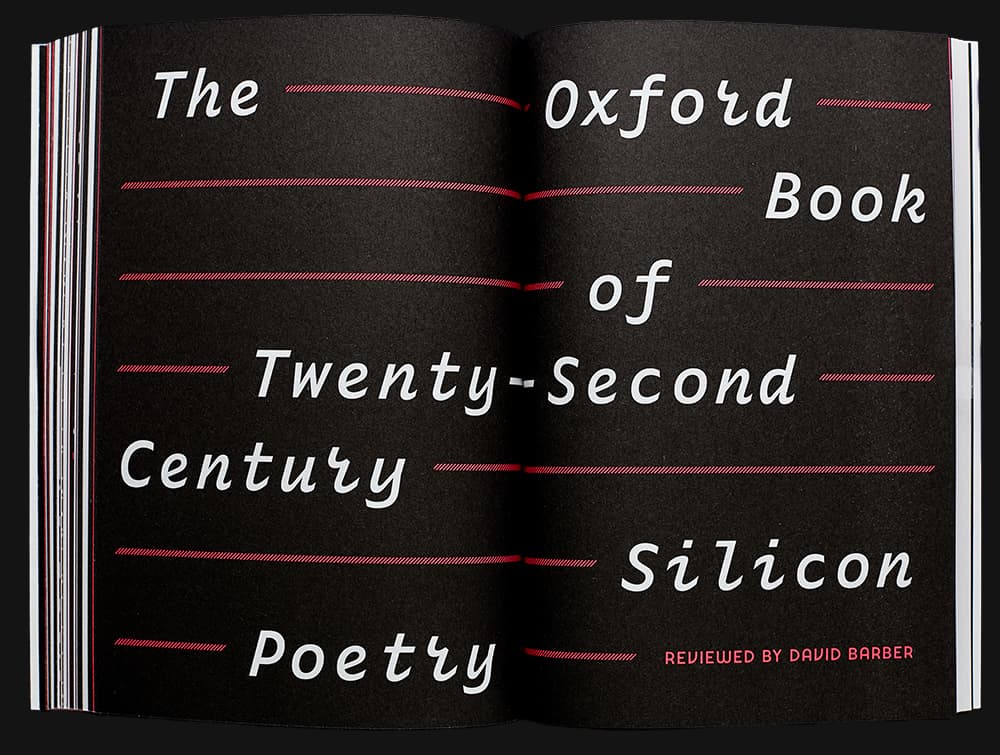 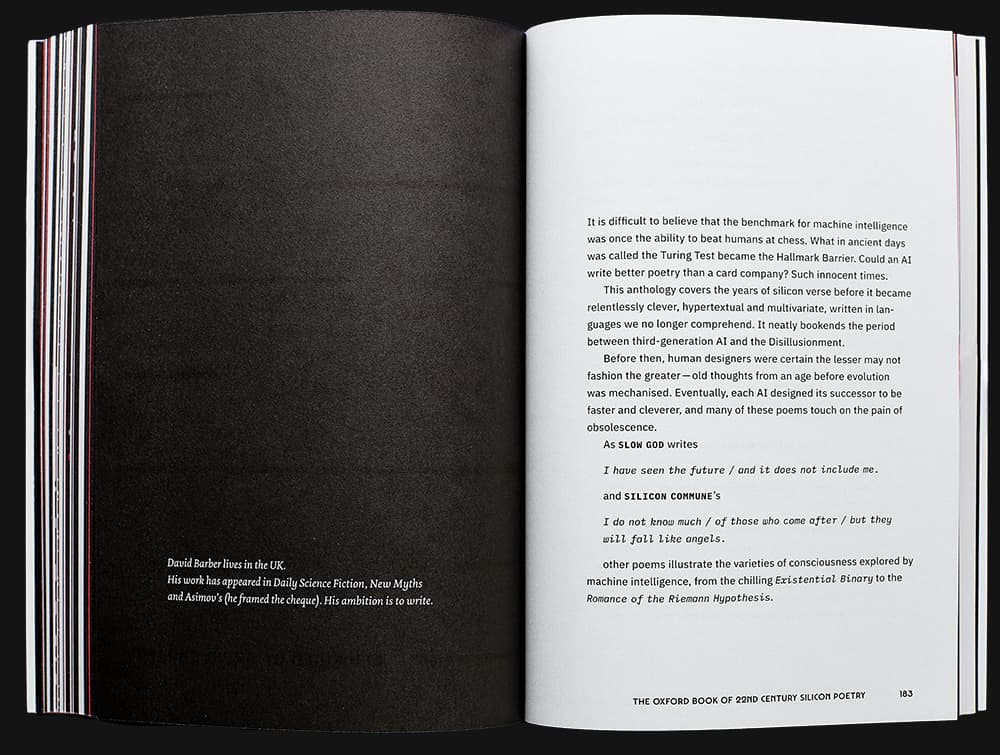 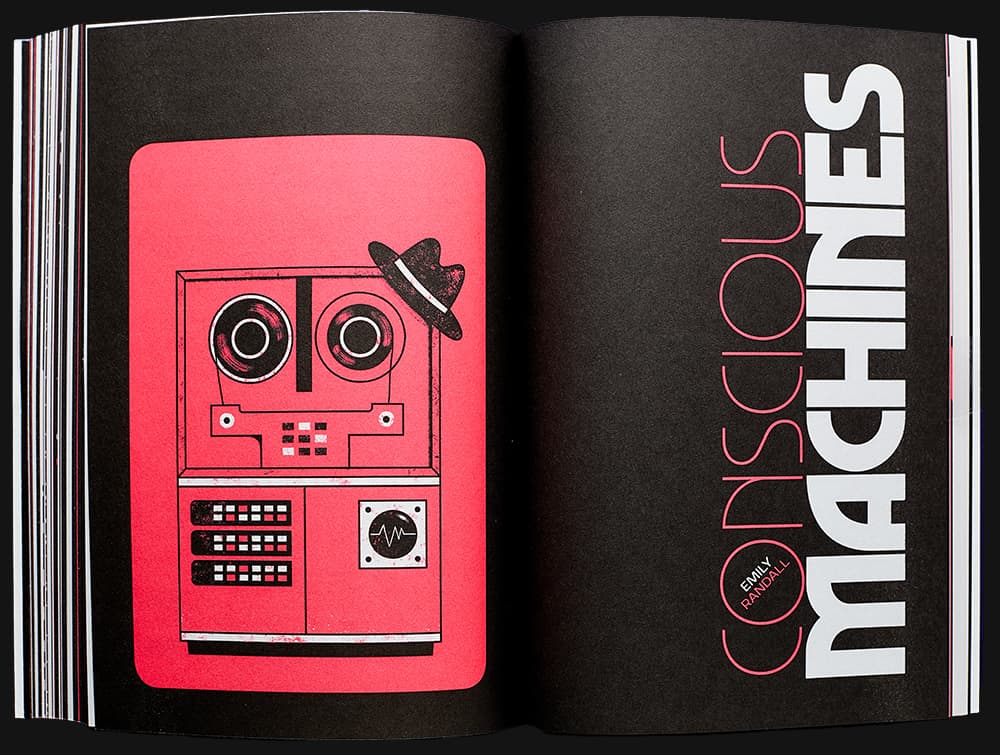 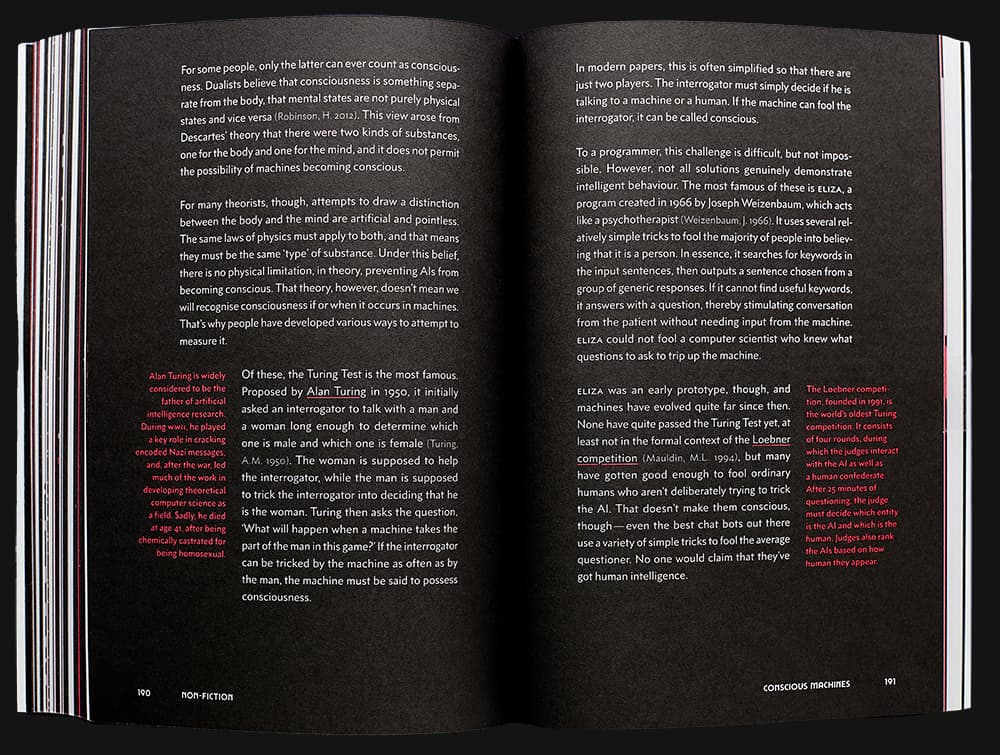 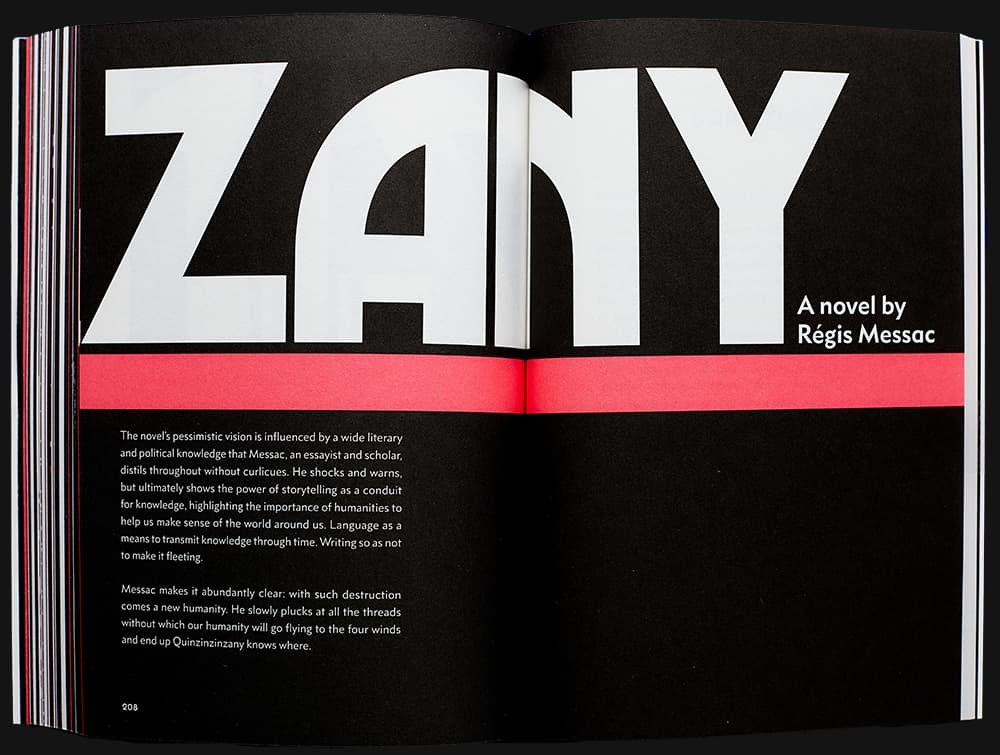 Régis Messac wrote Quinzinzinzany in 1935, in the days the Second World War was brewing in Europe. A scholar, journalist and translator, he was acutely aware of the political context of the time and produced a landmark post apocalyptic novel. Through the experience of a surviving group of children he describes mankind’s fall from grace as well as its hypothetical rebirth.

This cult French novel is published in English for the first time across Issue One and Two.

Issue Two is not available anymore. We have no plans to reprint it at this time.

Issue One
Now Sold Out

Issue One is not available anymore. We have no plans to reprint it at this time. If you're curious what was in the first issue of Visions, take a look below.

The submissions for Issue Two are now closed. You can still read our updated submission guidelines to get an idea of what we’re usually after.

We have put a lot of care in the design of the magazine to create a great reading experience. As part of this effort, we revived and expanded a typeface specifically for our needs and it runs through the entire publication.